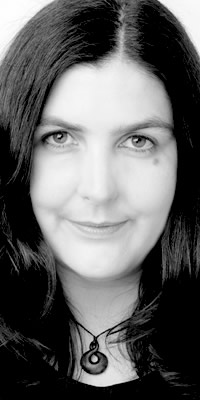 Honor Harger is a New Zealand-born artist and curator who has a particular interest in artistic uses of technologies. She is currently the Executive Director of ArtScience Museum in Singapore. Prior to arriving in Singapore in March 2014, she was artistic director of Lighthouse, an digital culture agency in Brighton, UK from 2010 to 2014.

She has also worked at Tate Modern (UK), transmediale and the Bauhaus Dessau Foundation (Germany), Artspace (New Zealand), and many other arts organisations and festivals around the world. Honor also writes the blog, Particle Decelerator, which collects together news from the worlds of science, art and technology, placing a special emphasis on the collision between the quantum and the cosmological.

Her artistic practice is produced under the name r a d i o q u a l i a together with collaborator Adam Hyde. One of their main projects has been Radio Astronomy, a radio station broadcasting sounds from space. Honor has lectured widely including at the TED conference, LIFT in Geneva, the European Space Agency, the Centre Pompidou in Paris, California Institute of the Arts and the American Film Institute.