Lara Hogan is an engineering director at Etsy and the author of Designing for Performance (O’Reilly, 2014) and Demystifying Public Speaking (A Book Apart, 2016). She champions performance as a part of the overall user experience, striking a balance between aesthetics and speed, and building performance into company culture.

In her world tour to advocate performance to designers and developers alike, Lara has presented at Google I/O, keynoted the Velocity Conference, and given talks at companies like The New York Times to help shift them toward a culture of performance. Previously at Etsy, Lara was the Engineering Manager of Mobile Web, co-created Etsy’s initial physical device labs, and developed a tutorial for companies interested in building their own lab.

To connect her passion for performance with her activism, Lara donates all of the proceeds from Designing for Performance to charities focused on supporting underrepresented people in tech. 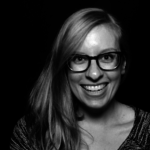